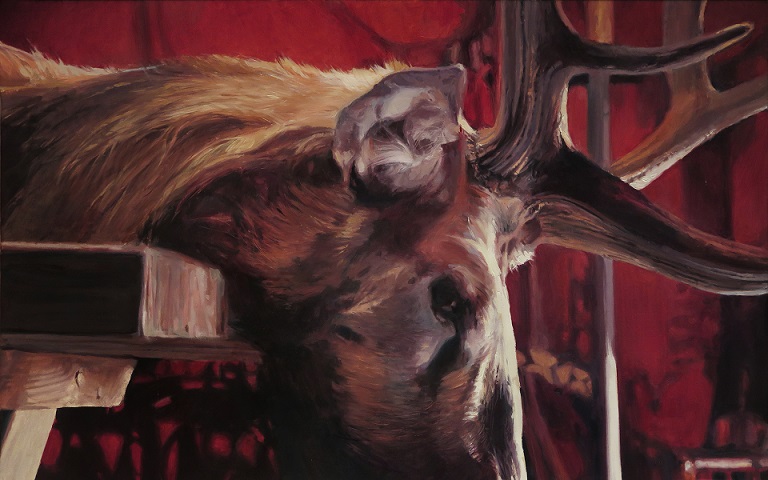 Sergey Kalinin was born in 1960 in Moscow. He graduated from the Moscow Technology Institute in 1982. 1986 – 1991 teaches fine art at the same Institute. He lives and works in Moscow.

The series of paintings by Sergey Kalinine, entitled "To lannister always pays his debts", named after an episode "Games of Throne".

In this series, the artist shows his interest in TV series, a cultural passion of our time, to re-examine and discover the hidden their cultural codes. Each moment drawn from the series and illustrated by the artist highlights an association of elements belonging to the history of art, philosophy or cinematography: Sergei Kalinin chooses the kind of still life featuring a luxurious interior depicted in a quasi-caravaggio style, worthy of a grand master.

The strenght of the painting is born from the contrast of the representation of a scene from an Anglo-Saxon series of the Middle Ages with the aesthetics of Soviet Realism that only an artist like Sergei Kalinin, by his artistic style, the choice of colors and his precise brush stroke in color and shape, can make it possible.

This also emphasizes the universality of the artist in the title of the works, such as "still life with peaches", where the flesh of women's bodies is placed on the same plane as that of fruits: the woman represented as an object and not as subject ? 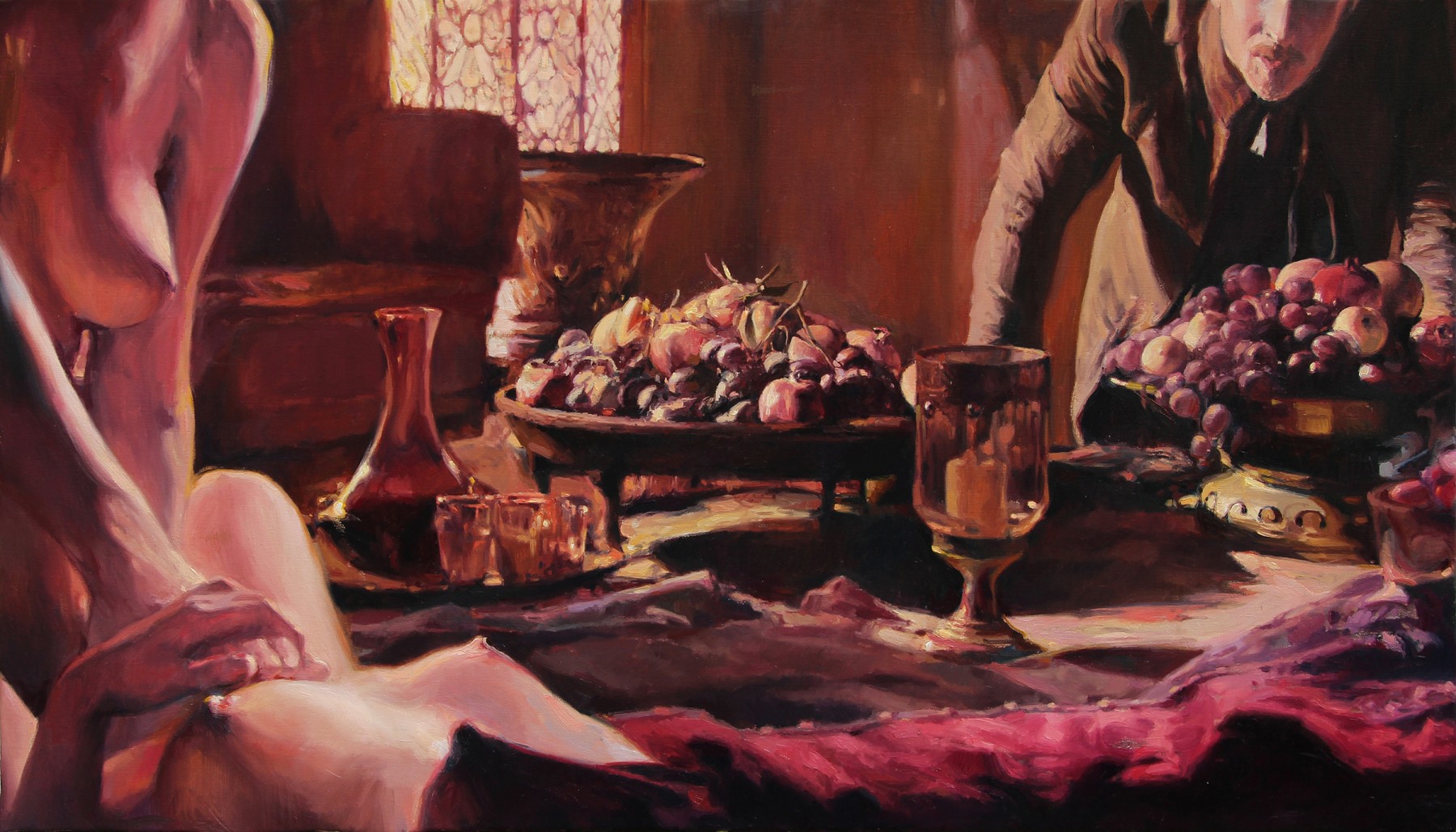 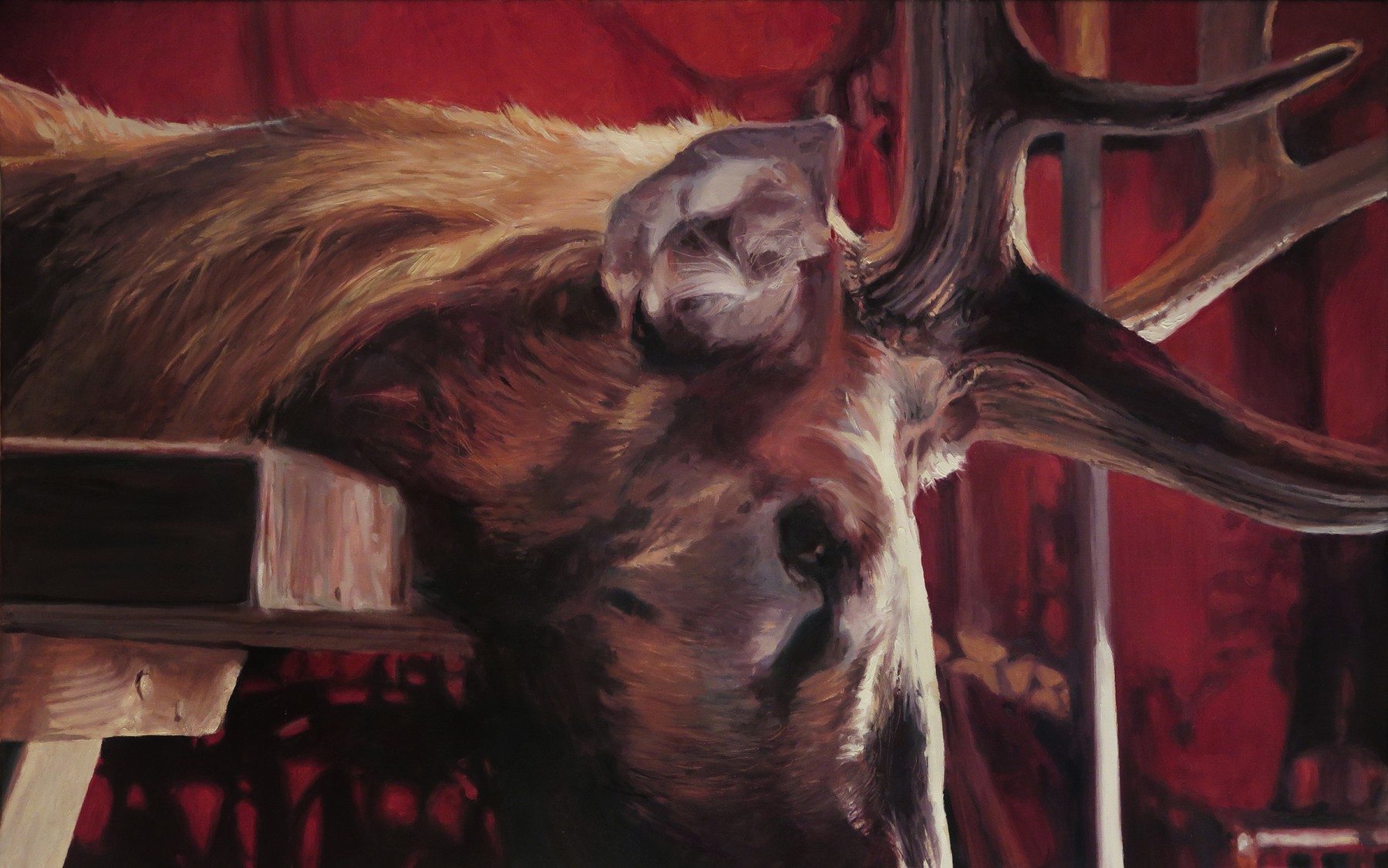